Waiting for someone to live or die is a slow moving train between far-flung stations through endless windswept fields, the horizon blank and far away. The train starts and stops, then stands inexplicably still for long moments before lurching to a start again. It rumbles along full of sound and fury, and you just hang on waiting to reach some lonely unnamed station ahead. And nothing is there, really.

I met Alan’s parents in February of 1977, just two months after I met Alan. We stayed at their Port Hueneme home before going to a Grateful Dead show at Rob Gym at UC Santa Barbara. Marilyn was kind to me, thrilled I think, to have Alan bring a Jewish girl home. Their house on Park Avenue felt familiar and homey, with walls adorned with family photos, and shelves of Judaica: candlesticks, kiddush cups, a spice box, and tchotchkes. Alan and I were still circling each other warily then, unsure whether to trust love or each other. But having spent my previous junior year in Israel, all this family warmth sealed the deal for me in some way. 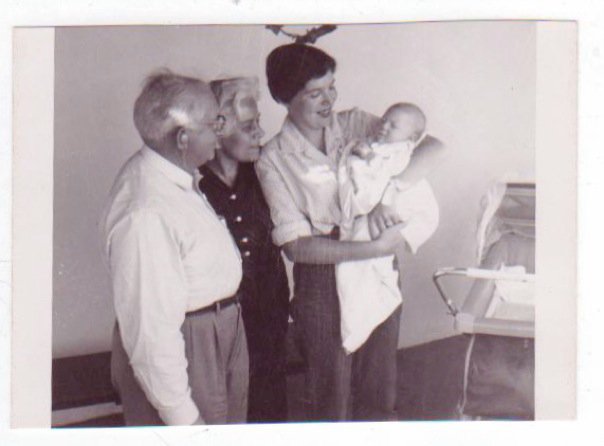 Marilyn and Alan with Oma and Papa

Alan grew up going to regular Sunday gatherings with extended family at Oma and Papa’s house (Ralph’s parents). He drew his inspiration from Papa when he became a grandfather himself. (And just like baby Alan mangled “Opa” into “Papa,” baby Rosa transformed “Papa” into “Pa.”) Marilyn told me stories about Oma as a mother-in-law, how she gratefully took Oma’s wise advice and support, and how Oma didn’t meddle too much. Oma was the model from which Marilyn created her own identity as a mother-in-law. And though she was free with advice to her sons (“Get a  haircut!”), she loved finally having a daughter in her life, and was supportive and helpful to me whenever she could be, and whenever I would listen.

Marilyn was my proud business associate at every quarterly Gymboree Open House (my kids’ play program franchise). She was my big fan, talking unsure parents into signing up for classes, selling puppets and t-shirts, and making sure no customer left unspoken to.

One of many many Wednesdays

Marilyn adored our children. She and Ralph drove the 50 miles from Port Hueneme to Santa Barbara every single Wednesday, joking that she wanted to have a one-seventh influence on them. She took them to the zoo, to the parks, out to lunch. She listened to their jokes and laughed at them all. She cooked their favorite foods with them – “Noodle Cow” (kugel) – and stocked up on waffle cookies for their overnight visits. She attended every single piano recital and play performance of their wildly active theater life.

She and Ralph took care of our kids’ Jewish education, since we weren’t near as enthusiastic or observant as they wanted us to be. They hosted all the Passover and Rosh Hashanah meals, Marilyn took Marina to Israel (when Marina was only nine!), thoroughly familiarized them with Debbie Friedman and other Jewish music, and made sure both kids successfully had Bar/Bat Mitzvahs.

Marilyn was the first of our parents to embrace homeschooling, after initially being suspicious and confused. In spite of that, she bought the John Holt back-collection of newsletters for us, not cheap by our standards, a source of ongoing inspiration over the years. Marilyn was the first, and the only, of our parents to say: this is working, I see what you mean, you’re doing a great job. She became a homeschooling advocate to her friends, defending us and our choices to critics. She was a proud champion when the kids were challenged in public about being out of school. 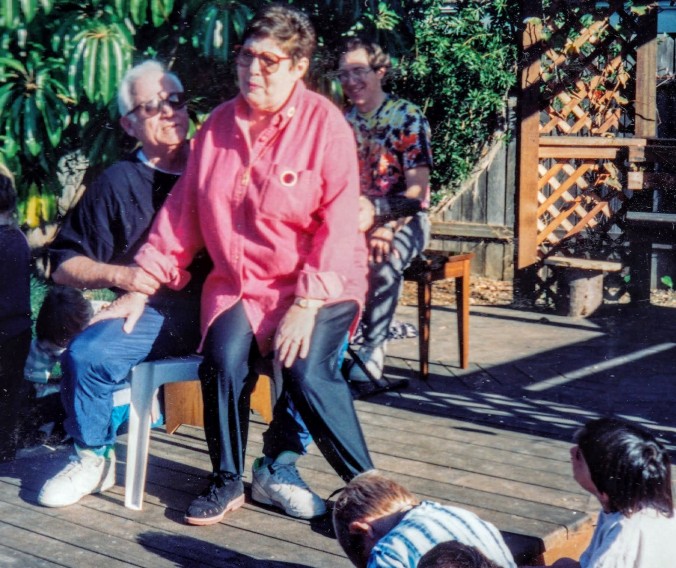 She was Grandma Moses to all of our friends. She participated in our homeschooling group activities, visited our campouts, and performed at our frequent talent shows with jokes and songs from her youth. Later she was thrilled to hear stories about those families as all the kids grew up and went on to have lives of their own.

Beach House 2004, all the sons and families

She loved the annual week-long “beachhouse” family gatherings with Alan’s brothers and their growing families, giving her a chance to bond with her other grandchildren too. She and Ralph joined our Friedland family Thanksgivings and grew close to my extended family. In fact anything that hinted at a family gathering, she was right there. She cooked a mean brisket, which Alan took over these past years, and always made sure there was plenty of kasha varnishkes for her nephew.

Marilyn was a storyteller. Some tales I heard over and over, and other old memories came up out of the blue as she got older and spent more time looking back. My favorite was about how she hopped on a Greyhound bus at age 21 along with her sister and a girlfriend, and went to California to seek her fortune. After landing in Oxnard she quickly met and married one of the few local Jewish boys.

Other favorite stories were about her mother and her wild and beloved aunts – “the Grossman girls” – all of whom had great legs and died crazy and bald, she joked. After four months in quarantine, without her usual frequent trips to the hairdresser, her hair was grey for the first time in her life, and she considered leaving it that way. But two days before her stroke she was finally able to go to the beauty shop and was relieved to have short, dark hair again.

Marilyn was a shopper, and loved nothing more than a bargain. She bought at least two of everything, because if one is good, two was better. When I took her shopping I tried to hurry her along, encouraging her to stick with her list. “Your mother didn’t teach you how to shop,” she said, shaking her head. She went up and down every aisle, touching every item twice whether she needed it or not. When a purchase didn’t quite work out she’d check to see if I wanted it: fuzzy slippers, Birkenstocks, a purse, a jacket. She was famous for her investment in hundreds of Beanie Babies, and many children left her house with their arms full. There were still hundreds of them when we shoveled out her condo after Ralph died so she could sell it, but she was so pleased with all the open space that she decided to stay.

When Alan and I told her we were leaving Santa Barbara to be closer to her beloved grandchildren and new great-granddaughter, she said, “You can run, but you can’t hide.” This time when we cleaned out the condo, she was ready to go. Alan and I found a Jewish senior community in Portland where one resident told us it was “like being on a cruise ship” – in a good way I think. After we reported back, Marilyn, at the age of 82 called them to make all the arrangements for a trial month there. Then afterward she made arrangements to move in – again all on her own. She reluctantly returned to Hueneme to close up her 62 years there, but not before asking, “Can’t I just stay in Portland and you take care of it all?” No, we couldn’t. 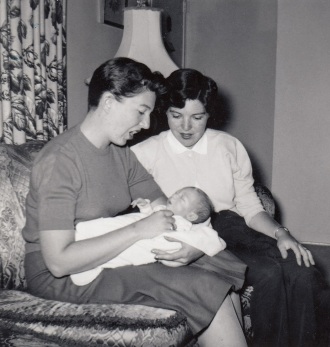 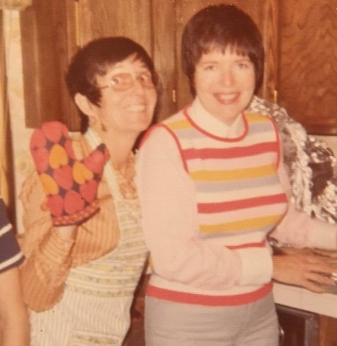 So she said goodbye to her beloved big sister who lived just a few miles away, not knowing they’d never see one another again. The two had talked on the phone multiple times a day all their lives, and saw each other often. They raised their kids together, three each, and the cousins are still close. She gave up driving, gave up her home, gave up her friends, and gave up living near her second son and daughter-in-law. She was ready for one last adventure. 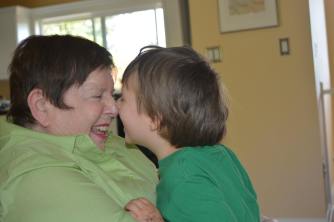 GG and Rosa, a shared love of books and barrettes, 2012

Happiness was being GG, a great-grandmother

During her almost six years in Portland, it was our house that was the family gathering place for her, and we hosted the holiday meals. The highlight of her life was seeing her grandchildren and great-grandchildren, all of whom she always referred to as “my medicine.” She told silly jokes with the kids, and always greeted them the same way, “Have I told you lately that I love you?”

Marilyn’s health deteriorated slowly. Never one to listen to doctors or be proactive about getting herself healthier, she asked, “Can’t they just give me a pill for that?” It was her hope to the very end. When the pandemic hit, her facility took excellent care of her, but being quarantined meant all outings and visitors stopped. Though she lived only four miles away, I last saw her on her 88th birthday, February 26th.

In her last years she often told anyone who would listen that she had had a good life. In the end, that’s all any of us can ask for.

A couple of jokers

Live what you love

Smoke in My Eyes