When we went to hear Iris Dement perform on March 6th, 2020, we didn’t realize it would be the last live performance we’d go to for a while; we still had tickets for several shows in the coming months! No one was talking quarantine yet, so off we went, if not confidently, at least our hands were very clean, and I was learning not to touch my face.

We waited in line toe to toe with our fellow concert goers. The ticket taker was strangely careful not to touch our skin as he stamped our wrists. Inside, the now familiar smell of hand sanitizer wafted over from the woman sitting in front of us, instead of the smell of pot. Conversation snippets around us sounded like “Mumble mumble coronavirus mumble.” Iris came out on stage and much of her hilarious between-song banter was virus related. Her eyes itched but she couldn’t touch them. She’d thought we’d be sitting in every other seat. But she put us at ease and made us laugh. This would pass, perhaps. 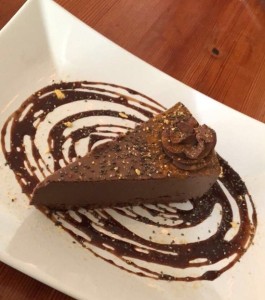 The following night we went to dinner with our son and his wife. The restaurant was packed and lively; no one seemed concerned. Our son had a cold, so instead of hugging we laughingly tried out the Wuhan footshake, bumping ankles together. Such fun!

On the 10th I was unsure about going to choir. Since it hadn’t been cancelled, I would just keep my hands clean – it would be fine! When I saw that only half of the 30 people were there, I wondered if the others were being too cautious, or whether I was being reckless. My anxiety mounted over the course of the evening as I went out to wash my hands again and again. Finally I left early, unable to deal with it.

And that was the last time I was anywhere with a group. The schools closed the next week. Then Oregonians were asked to voluntarily shelter in place. The noose slowly tightened. Another week passed. When it became apparent no one was going to fully cooperate with mere suggestions, the mayor shut down Portland, and days later, the governor shut down Oregon.

We dug in without a clue about how long we’d shelter in place, no answers to anything. A few days in, we ventured out to a local wetlands and watched ducks, geese, snowy egrets, and nutria, all hunting or resting, flying or singing, as they always do – nothing had changed in their world. We smiled at people we passed, commenting on what a great place it was to be socially distant. It turned out to be our last hike, other than neighborhood walks within a few miles radius of our house.

Are there people who like change, who seek it out? When self-isolating began, I spent the first weeks in denial, full of fear, anger, frustration, sadness, and anxiety, along with gratitude, a sense of privilege, and a bit of guilt. Could I stay home for weeks, months even, without the promise of an end date? I like the freedom to do what I want when I want. I can’t do this, it’s too hard, I whined. Resisting, I made myself even unhappier.

Then very slowly, my thinking evolved. Well, maybe, possibly, this could work. It was an exercise in staying aware and present, breathing in the fear, and sitting with it. If this was going to be long term, I needed better, newer coping strategies. I needed to adapt.

Off I went in a rush of adrenaline to figure out ways to make it work for me.

I easily embraced the neighborhood walks instead of more distant hikes, but adapting to other things – not so much. Grocery shopping, especially at first, seemed fraught with danger, an anxious outing. I felt like I was sending Alan off to war, girded in inadequate armor, wondering what ills he would bring home. As our knowledge and precautions expanded, safety measures at the stores also improved. While necessary outings remain laborious, with cleaning rituals bordering on the ridiculous, we adapted somewhat, and it felt easier each time. He learned to shop more efficiently, faster, and less frequently. I no longer nervously watch for him out the window, though I feel easier on the days we stay home.

I try to take the lesson from yoga, that you need both stability and flexibility to stay balanced and strong. Adapting to the isolation has been an ongoing struggle to create a strong base, a solid attitude, and to bend with whatever comes next. Adapting comes little by little, accepting what I must, embracing what I can, trying to not tip over. I can do this, I can do this. I have no choice.

At the beginning I felt emotionally raw. I teared up reading poetry to Alan. I got all quavery reading about some act of kindness. Songs took on deeper meanings. I cried about people living closer to the edge, and people more isolated. I raged at the President, and at his followers. Now, more than seven weeks later, the emotions remain, but rarely overwhelm me. Some challenges almost seem normal. There are new things to get angry about and be horrified by every day, but my senses are dulled by the onslaught. I’ve slowed the flow of news coming in, taking in what I need to, understanding what I can, and leaving out much of the media circus. Self-preservation has kicked in. 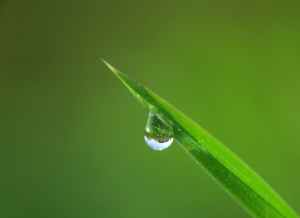 While some change can be cataclysmic and sudden, this one is more of a slow drip. As activities close off one by one, I wonder if it could be the last time – my last live music show, my last choir, our last visitors, the last time I hugged my son. Slowly loosening my grip, the things I love slip away.

Surprisingly, I am relieved to not make decisions about going to events or appointments. When have I ever wanted my freedom taken from me this way? But I was holding onto the old life too tightly, loving my freedom, wanting what I wanted. I didn’t have the wherewithal to turn away by myself. Having the issue forced makes it somehow easier to adapt.

I have a big music campout planned for the end of May and a river rafting trip with friends and family right after that. Neither have been cancelled, and until recently I adamantly rejected the idea that they might not happen. But recently I felt a shift, a softening. As I give up on the possibility of going, I mourn and sit with the disappointment, continuing to adapt to this new reality. When they do happen it will be all the sweeter, and I’ll approach them with the reverence and gratitude they deserve.

When will I do this again?

The earth is adapting too with clearer skies. With less human activity and industry there’s a great quieting; I can hear more birdsong and the hum of nature. Enthralled with the colors, I wonder if this is a more verdant, lush spring than usual, or if I just have more time to appreciate it, or if the clean air allows more sunshine, bringing out the brilliancy. It could be the contrast to isolating inside that makes this spring all the more radiant, or the contrast to this past winter; bleak, rainy, cold, rife with terrible politics, and the inexorable approach of the mysterious virus.

Adapting means discovering new pastimes, or rediscovering old ones, replacing some of what I’ve lost. But not always. I’m also trying to cultivate silence, noticing what has passed me by in my rush to do and go and have, and finding pleasure in the vast space that has opened up.

Change will come whether I adapt or not. I have no choice. That doesn’t mean I don’t fuss and kick a little. Then slowly, surely, I embrace it into my life.

Tell me about despair, yours, and I will tell you mine.
Meanwhile the world goes on.
Meanwhile the sun and the clear pebbles of the rain
are moving across the landscapes,
over the prairies and the deep trees,
the mountains and the rivers.

From Wild Geese by Mary Oliver

Getting Out the Door

Beyond Mud To Open Waters