I just had a two year blogiversary. Yes, it’s a thing.

I’m still here, so yay! I set a goal and followed its meandering path. A pat on the back for that for sure, as I’m not often consistent or persistent.

When I first started thinking about blogging, friends were helpful, asking about my goals, my expectations, what sort of blog, who was my audience? I had few answers.

While I love to write, it had mostly been a haphazard and unsatisfying venture. A blog, I hoped, might give me structure, force me to organize my thoughts, give me deadlines, make me edit things, and force me to go public. But it was a Big Scary Thing. The list of doubts was long and wide: embarrassment, futility, fear of criticism, the average artistic nightmares. I wrestled with my inner critic. I wanted to slip past it to see what might happen, and it took me a while to jump in. 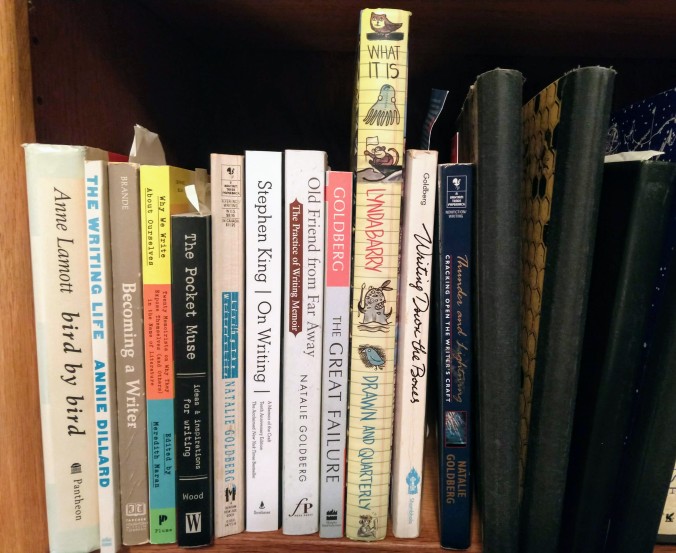 On the shoulders of giants

People were supportive but also pointed out that there are too many bloggers, that people don’t read, that it’s tough to keep up with all the blogs.

I decided that my desire to explore and share my experience was stronger than my need for self-preservation. I wanted to connect with others, and hoped they might find some insight into their own experience.

“We are important and our lives are important, magnificent really, and their details are worthy to be recorded… Otherwise, if they are not, we can drop a bomb and it doesn’t matter.” — Natalie Goldberg, Writing Down the Bones

Now I mostly put fear into the background where it belongs, but there’s still a low hum that I hear just before I hit “publish” and a little ditty plays in the background while I write. Writing teacher and author Natalie Goldberg calls it “Monkey Mind,” which for me, itemizes all the reasons I shouldn’t write. We all have a monkey telling us to give up. (I wrote about that fear in an early post.)

As I go more public with my words, I work to not get “tossed away” (a Goldberg phrase), not get swept up in any praise or criticism or in being ignored, and then frozen by it. I’ve established a rhythm of acknowledging myself, enjoying the triumph of birthing another piece into the light of day, and then moving on without looking back. It’s all a practice.

It turns out I enjoy editing, though I don’t have a great process. I re-read, arrange and rearrange, replace repetitive stale words, find joy in the right word. I reluctantly toss out sentences that I thought were perfect but don’t fit. I print, I read aloud, and repeat until I’m sick of it and can’t bear to look at it again. Alan does a final edit while I cringe, but he’s a great editor, and we’ve both learned how to give and receive criticism in a helpful way.

The most interesting development for me is that when you do something outside your comfort zone, it opens doors to doing other new, hard things. You’re brave in one way, why not be brave in others? It informed the way I write, the way I play music, how I try new things.

The blog has been a discipline and structure into which to pour and mold my thoughts. It’s been a connection to others who still like to read, and who find relevance or resonance in some of my words. Or at least want to see my photos. That feels good enough for now.

I made a thing and it was easy. And hard.

Last spring I found out Natalie Goldberg was teaching an online writing course. I avidly read her books on writing back in the 70s, followed her guidelines in my own practice, and later used them while I led writing workshops for kids.

Now I had an opportunity to sit at her feet, albeit electronically, and learn directly! I was all nerves – could I take the course, think of myself as a Writer, commit to a practice that takes time, energy, thought, dedication, gumption? I was electric with anticipation. Finally Alan said – there’s energy there, go with it. Words to live by.

I dropped the pretense of cost and time barriers, shoved aside my fears and plunged in. The course in part consisted of writing groups in which we (people from around the world) write to prompts. We’re told, “go for the jugular,” “strengthen your writing spine,” write with attention to detail, and feel free to “write the worst shit in America.” We read aloud to each other without criticism, praise or suggestion, only a “thank you” as a response. What a concept! I won’t say it made us fearless, but it lessened our hesitation, and over time loosened us up. We were in this together.

It’s been nothing short of miraculous on many levels, and I’ll write more about it someday. For now, I’ll just say that without the blog I might never have dared to take the course, might never have worked so hard at my craft, might never have connected with my new and treasured community of writing friends. 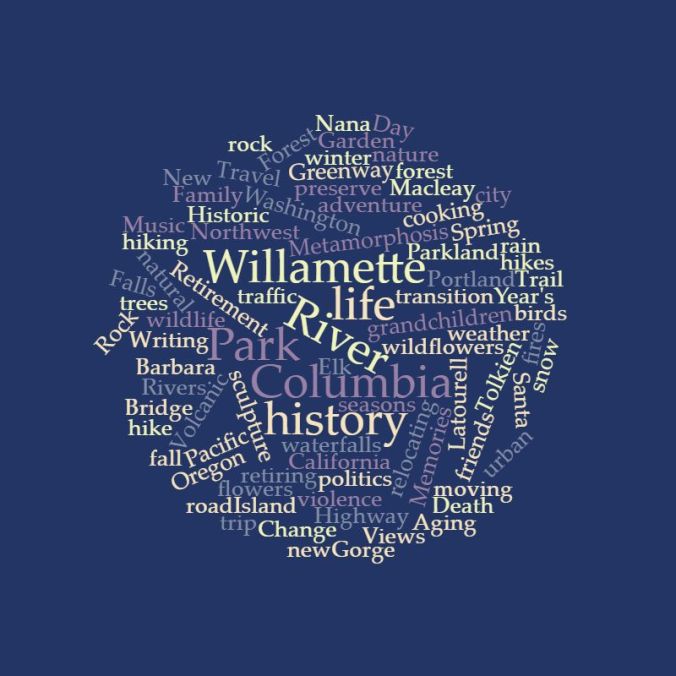 My life and blog in a nutshell

Looking back more concretely, I’ve written about my experiences exploring and observing my new city and state, about fear, music, aging, gardening, moving, change, weather and seasons, politics, sleep, travel, whatever draws my interest in the moment.

My stats page tells me about the number of posts I wrote (this is #59). It says which got the most attention (a memorial to Robert Hunter, and A Musical Life, a distant second). It also tells me that my number of followers is relatively small, that my views and visitors have increased over time, and that (sigh) Facebook is my main source of viewers.

But what I’d much rather think about is what I find enjoyable, what’s easy or difficult, learning my mind, what speaks to my heart, how to pursue depth and connection, how to express myself clearly and concisely, how to use language with grace and humor.

If you’re still reading, I just want to say that I’m hugely grateful for everyone who has checked in on my journey, for people with encouraging words, and for others who lead the way and inspire me every day. And for my husband – who knew I married such a good editor?

12 thoughts on “Blogiversary is a Word”