It’s no wonder most retirees don’t move. (One article said under 5% in recent years.) The challenges of relocating are huge, especially as you get older. It felt especially crazy to relocate and retire at the same time, but that’s what we did. Imagining myself elsewhere and creating a whole new life was both exciting and scary. Retirement isn’t about stopping living; for me it was about choosing how I wanted to live my life, and where I wanted to live it. 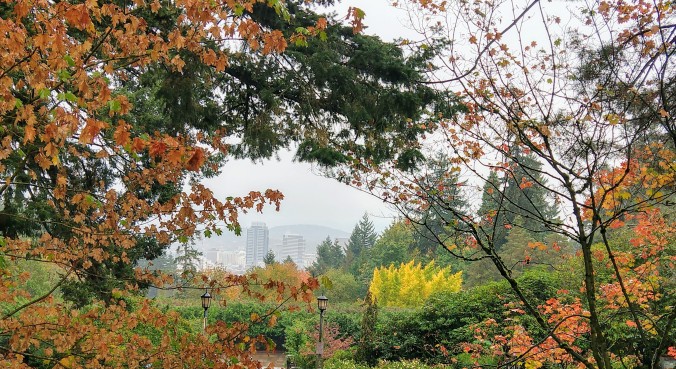 It turns out that I know quite a few people who are considering a retirement move, and there’s a variety of motivations as well as common threads. There may be few choices or many, built of necessity, finances, health, or family. Some people retire in a new place because they get priced out of their communities, or because their retirement dollars can go further elsewhere. Some want a change in climate. Some want a place that matches their desired lifestyle, not one they chose 10 or 40 years ago. Some want to downsize or simplify. Some want to be near family. Some folks want change for the sake of adventure, to shake things up and put new breath into a routine life. No matter what your motivations or desires, you find pieces that fit and discard fantasies that don’t. It might be a long thought out process, a deliberate decision, or it can be an emotional tug, following your bliss. 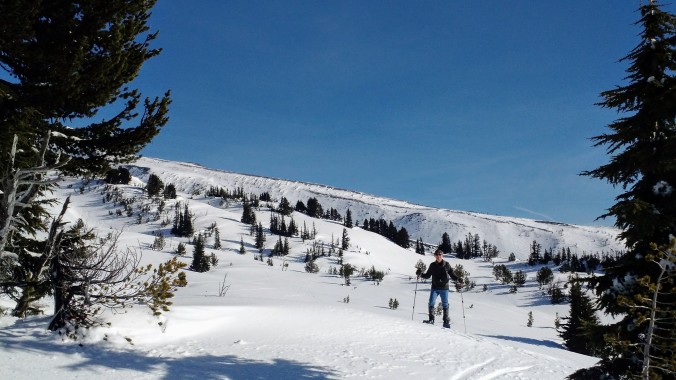 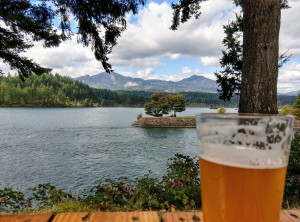 One friend is taking several years to look around while he’s still working, wanting to get it right and not have to move twice. His now nearby daughter could relocate any time, plus he needs a more affordable area. He’s creating a retirement scenario, traveling to a few targeted spots, and researching each thoroughly. He needs to live near a major airport so that he can visit his grandson. Climate and lifestyle are high priorities. He wants a place where he can ski, hike, and has a vibrant music scene. After a recent health scare, he doesn’t want to be too far from good medical care. His research includes reading local and state news, looking at things I hadn’t thought about, like political climate, economic forecasts, and at who his neighbors might be (conservative, liberal, religious). He even looks at which neighborhoods have healthy grocery options, and where there are farmers markets. Over time, some things go higher on his list while others lessen in importance. One surprise has been the disparity between how a place looks and feels, and reading about it – the reality can be a revelation, and underlines needing to spend time in a place before his final move.

My sister’s decision partly depends on seeing where her son ends up living. The other part is that she and her husband are deeply rooted in their community, having lived in the area most of their lives, with lifelong friends and professional connections. After a few health blips, they want accessible and excellent medical care. Cashing in on their home in their high-priced area and living elsewhere makes financial sense. But it’s daunting to consider making new friends and finding connections in a new place. They’re taking it slow, making one change at a time, getting their house ready for potential sale, paring down work, and waiting to see what comes. 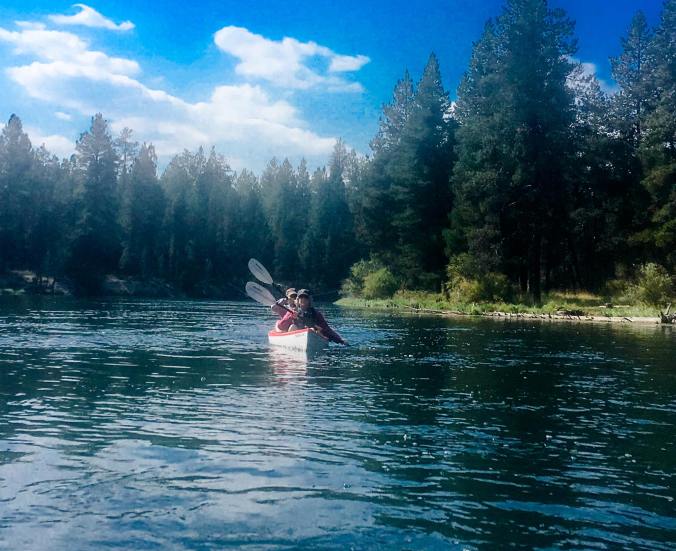 My brother and his wife, on the other hand, surprised themselves by doing everything in opposite order, moving first and retiring later. When their kids weren’t showing signs of settling anywhere in particular, they decided to make the leap on their own. They’d often vacationed in one particular area, enjoying year-round outdoor activities in snow and sun, and had fallen in love with that lifestyle. Their perfect house came along before they were ready, with lots of room for the dogs, guests, all their sports equipment, and great access to rivers and ski slopes. They spent a year vacationing in their new house, and then convinced their bosses to let them telecommute. After two years of that, they can now afford to make the final break. They had a great plan to retire and then relocate, it just came together in a different order. 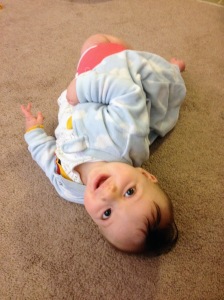 One little thing can change all your plans

One couple we know who retired several years ago, planned their retirement around the future needs of a disabled adult daughter. They were happy to stay put and travel whenever they could. When an adorable new grandchild came along in a city five hours away, everything had to be re-examined, and now there’s a big draw to an area they hadn’t considered before. With rental property in yet another city, they have many choices and shifting priorities, but none of the options solve all the problems, and they have yet to make any move. It’s a multi-phase process rather than a single trajectory, and in the meantime, there’s lots of travel.

A friend visited while doing local consulting work and checking out the Pacific Northwest as a potential retirement place. An engaging job kept him in the Midwest most of his adult life, but now he wants a more temperate climate to do his biking, hiking, and nature photography. His wife wants a place where she can have her horses nearby. Extended family on the west coast is also a draw. They’re keeping their jobs, narrowing down the choices, figuring out what feels right as they shop around. Sometimes there’s a lot of fantasizing and contemplation before things fall into place. 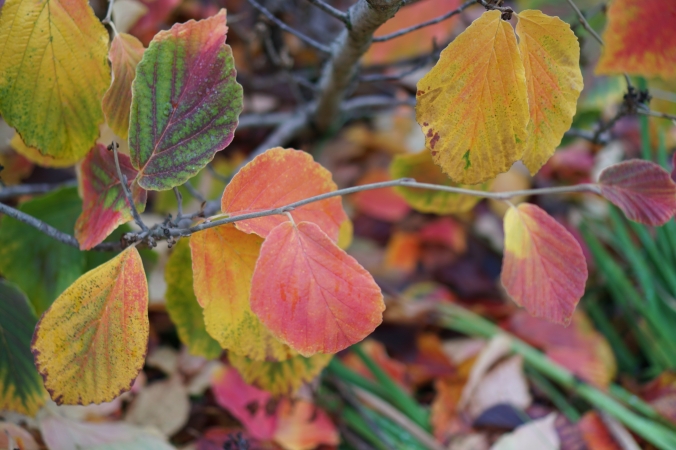 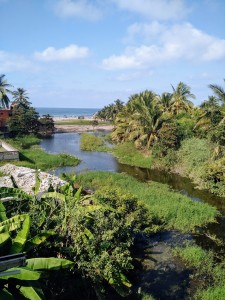 A cousin and his wife built a beautiful second home in a small Mexican village as part of their retirement plan. As he gradually reduces his consulting business, he’s experimenting with working remotely part-time in Mexico. With many years of visiting the area, they love the climate, beaches, friendly people, and culture. They’re bilingual due to extensive world travels and business ventures, and are a part of their Mexican community, spending their money locally to help the economy, and creating a true home away from home. The cheaper prices means retirement dollars go further while they also maintain a home in the States where there is access to good health care and the summers are cooler. At the same time, they want to find a less expensive place to live near their current home (which they still love) to pare down expenses. They now have choices, and can stage retirement as needed and feels comfortable. 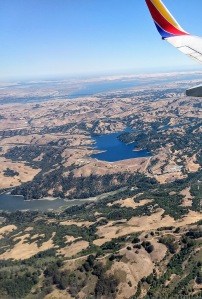 One friend is in the unique and perhaps enviable position of owning a few properties in her long-time city. She and her husband are considering re-locating near a daughter two states away. At the same time, her newly retired life has brought opportunities to go deeper into aspects of teaching and music that she loves best, taking advantage of connections she’s made in a place she’s lived a long time. They are planning to keep one of their smaller properties, and go back and forth between their old home and a new one. Meanwhile, they love having the time to travel while they see how their priorities and opportunities change.

Then there’s the friend who had a plan to store her belongings in the US and study Spanish for a year in a Central American country. The original plan was to travel for a few years after that, recreating a life she’d loved in her younger days. She soon realized that her desire for adventure was satisfied in the little town she first landed in. She made friends with the locals, is part of the community, and gardens to her heart’s content. Her retirement funds go further than they would in the US, and she recently built a little house, content to live out her life there. Sometimes staying flexible is the best approach.

For us, when both our kids landed in Portland we made frequent visits for several years, but never planned to move to a big city or to leave our long time home near the beach. But when the second grandchild came along, moving felt inevitable; we wanted to be hands-on grandparents. There were so many concerns – urban living, weather, making new friends after 32 years in the same town, leaving old friends and family, a house we loved, and changing everything in our life at once.

Yet, it made sense. Portland was cheaper, allowing us to retire earlier. We’d visited in all seasons and stayed in various neighborhoods, and it was starting to feel familiar. I thought I’d never leave the ocean, but the rivers surprisingly provided a new fascination. The vibrant music scene was thrilling. Liberal politics felt comfortable, hiking opportunities were everywhere, and beaches not far. It all eventually grew on us. I’d been feeling a routine sameness and dissatisfaction in my life. I was ready to shake things up with something new and different.

Bridges and rivers are my new love

And shake we did. Our path ranged from terrifying to thrilling, from doubt to confidence, from aching over some decisions to making snap judgements about others. We did a lot of well thought out planning and budgeting, and then whoosh, it moved fast and we felt out of control. Sleepless nights and distracted days were the norm for about a year! 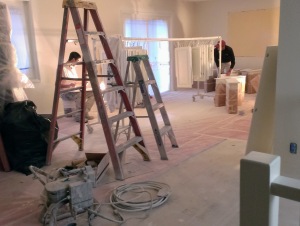 Our house sold quickly and we moved out with nowhere to go at first, our belongings in storage. I set off for Portland alone, living by myself in an apartment for the first time in 35 years. I house-hunted and got to know the city, enjoying two grandbabies. I worried a lot while having great adventures. Alan stayed behind at his job for another six months, making his retirement more cost effective, living in temporary housing as well. Finally, by the time he retired, it all came together. We settled into a new house feeling like those six months were an eternity.

Like my friends and relatives, not everything could be mapped to the last detail. We had to plan and adjust, juggle the moving parts, make peace with what was beyond our control, work to stay flexible and try to enjoy the ride, with emotions and nerves stretched taut.

Even before the dust settled, the adventure created an excitement I hadn’t felt in years. After all, isn’t that what I was looking for in the first place?

Tell me, what is it you plan to do
with your one wild and precious life?
—Mary Oliver

2 thoughts on “Finding Your Retired Place in the World”

Blogiversary is a Word

It’s All a Dream We Dreamed

Death Don’t Have No Mercy