I didn’t fall in love with Portland right away. I wasn’t all that impressed during our many visits early on. It felt more like a blind date, a set-up by our daughter. Portland was an occasional fling, not marriage material.

Driving from the airport into the city

Landing at the airport on the northeast end of town, we drove through the grittiest of neighborhoods, often in the rain, sometimes in the dark and cold, to whichever eastside neighborhood she was living in. Portland often appeared wet, messy, dirty, dank. The skies were often grey, and we encountered icy cold and wretched heat. The buildings rose tall and blocky, casting long shadows. Lovely fallen leaves covered the streets, but by early winter they were a soggy, soupy, slippery brown mess.

I’m not a city person, and it had none of what I loved about Santa Barbara – the weather, the small town ambiance, the ease of getting around, the salty air, the simplicity of few choices, the intimacy.

The city seemed to sprawl mysteriously, and I was geographically confused on every visit. Our daughter warned us, “Don’t get onto Sandy Blvd.,” the confusing diagonal slash that cut through the center of an otherwise square grid of streets. “One does not simply turn left on Burnside,” was another favorite caution. Every street dead ends at some point, only to continue a block or a mile later. I once took a cab to my daughter’s address, and arriving at an unfamiliar neighborhood, I learned about North AND Northeast addresses with the same number. Wait, five quadrants? It made no sense. I let others do the driving, happy to watch the city spin by, never sure what neighborhood we were in, how they connected, or how to get from one place to another. It was easy to get lost, and there was a cacophony of distracting sights and sounds in every direction.

We visited in all seasons, ranging from a blistering 100 degree summer, when we slept in a stifling attic room, to a frigid winter when we stayed in a damp, poorly heated basement, and returned home sick. Our southern California wardrobe was no defense in wintertime. Even after many visits, I didn’t get more oriented or acclimated, and our Portland trips always seemed slightly uncomfortable.

I caught glimmers of what made the city attractive: the unusual restaurants and unique coffee shops, Oregon’s lush greenery, tax-free shopping. We enjoyed a myriad of city parks, walked miles of trails, explored volcanoes, found adventures in the Columbia Gorge, and swam in the Sandy River. 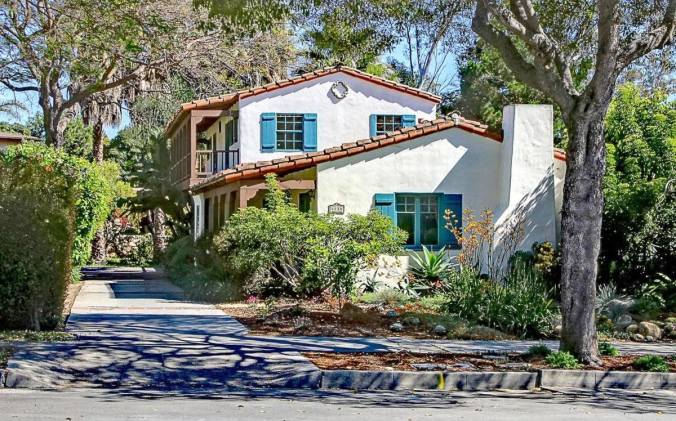 Our Santa Barbara house, how could we leave?

But after each of these early visits it was always good to get back home to the house we swore we’d only leave “feet first.” We had no interest in leaving the town where we’d raised children, had friendships going back many years, and had family nearby. After 60 years of identifying as Californian, it was in our bones and melded into our psyche.

Then the first grandchild was born, and everything started to change. We visited more often, stayed longer, ventured further afield, and our hearts stretched. Home life felt a little emptier, and Santa Barbara was a little less interesting. I got antsy at work, dissatisfied with the grind, and looked forward to retiring.

When our son got engaged to a Portlander, our visits expanded to new parts of the city, and we found a new appreciation for Portland’s attractions, history and stories. I stopped holding Portland off with an outstretched arm, and we reached a kind of tipping point between two states.

I told people – friends and strangers alike – that we were considering moving, and I never got a mere “uh huh” response; it was always a delighted “Oh! Portland!” followed by a discussion about any of the things they were familiar with: microbreweries, greenery, legal pot, hiking, mushroom hunting, bicycles, rain, clouds, rivers, parks, forests, Portlandia, sales tax, coffee, Voodoo Donuts, affordable housing, public transportation, tattoos, beards, various neighborhoods, Powell’s Books, flannel, plaid, plaid flannel, retirement, my children and grandchildren, or someone they know that just moved there, or just left. Portland had a romantic lure for people, a quality of adventure that made people wistful, some Pacific Northwest-Oregon Trail-John Muir sort of seduction. Everyone wanted a date, a chance at the romance.

Then there’d be a lull, followed by the same question, “But, how can you leave Santa Barbara? And what about the weather? Won’t you miss friends?” And that always gave me pause.

We were torn of course. We’d invested so much of our lives in Santa Barbara, we loved so many things about it. But it’s grip on us was loosening, and weather seemed beside the point.

Another Portland wedding, a second grandchild announced, and the balance tipped north, our seduction by the city all but consummated. Every visit increased our bliss, every leavetaking a heartbreak as we evolved into our grandparenting roles, and watched our children grow into their adulthood. Our remaining questions focussed on how and when. The where was almost peripheral- we were just glad it wasn’t Dallas or Detroit.

Were we falling in love with Portland? Was it cognitive dissonance? An arranged marriage that we grew into? A ‘love the one you’re with’ mindset? 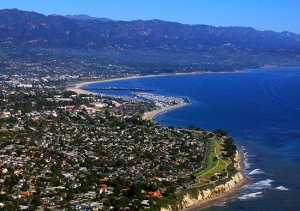 We have different needs at various stages of life. As young adults we focus on finding work worth doing, wanting to live amongst friends, figuring out what our lives are about. When we chose Santa Barbara it was the right place to start a marriage, a family, and careers.

But at 60, my priorities changed. Reuniting my family felt more important than being near my family of friends. The call of new adventures was more pressing than career. Portland made retirement possible. We needed a home that suited our unfolding needs: one story living, a family gathering place, garden space, and close to our kids who could help us once we’re too old to help them. As for the weather, I seized new words to live by, “There’s no bad weather, only bad clothes.” We installed a gas fireplace. I bought a new wardrobe of fleece, down, and wool.

One key, no responsibilities ahead or behind.

I felt the first tremors of true love for my new home on my solo journey moving north. Each stop along the way felt like a goodbye, my last visit as my old self. Exhaling weeks of stress, months of planning, I sloughed off a skin, bidding farewell to my California identity. With no home behind and no home yet ahead, this liminal phase, homeless for a minute, and solitude, was just what I needed to say goodbye. 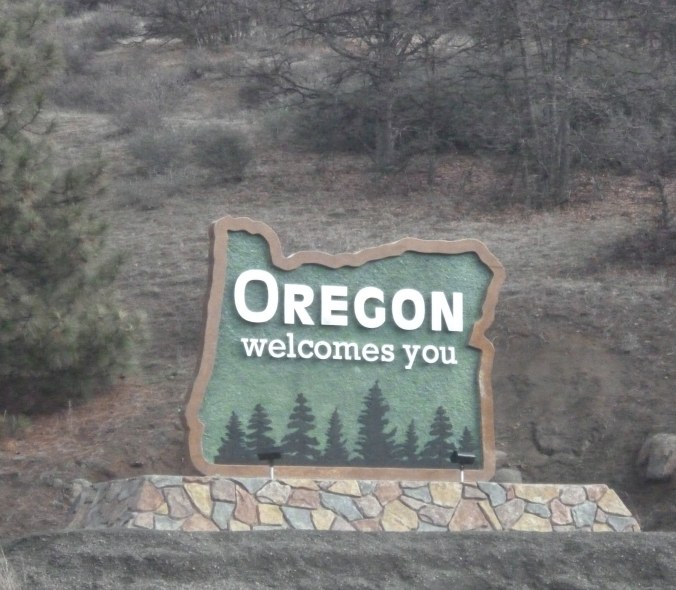 The inhale came as I crossed the Oregon border. As Highway 5 meandered through breathtaking scenery, verdant hills, winding roads, picturesque towns and soaring vistas, I couldn’t believe I was creating a new life in such a beautiful place. 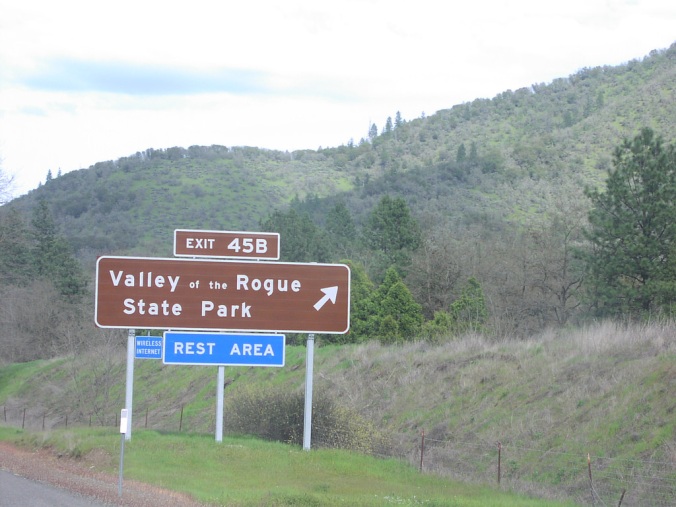 A must stop: Valley of the Rogue rest area, just off I5.

The clincher came just after crossing the border, half asleep and out of my mind with the 110 degree heat. I pulled off at the first of Oregon’s shady, bucolic rest stops, and sat at a picnic bench on an expanse of patchy lawn under lofty trees. When I heard the mysterious music of running water, I followed the sound along an extended stretch of thorny mounds of blackberry bushes, tasting the ripe berries, just there for the picking. Then oh joy! a path led to a clear, burbling river – just there for anyone to wade in. Gasping from the frigid water, Oregon’s generous and surprising offerings melded into my celebratory happiness. The Rogue River became my personal Welcome to Oregon river, my baptismal step into a new life. Is that love? I was ready to embrace this new path as my own, an exciting adventure I had craved for so long. 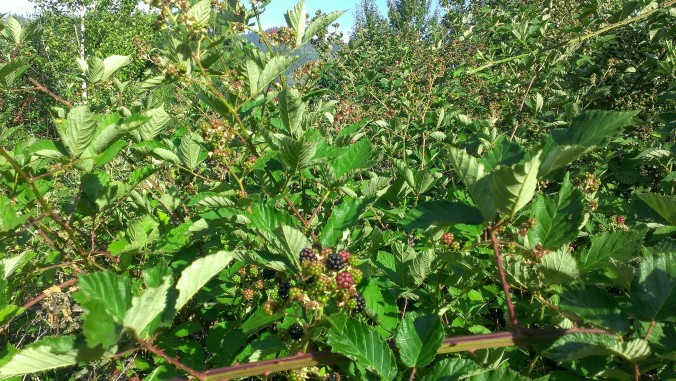 Blackberry bushes growing wild for you and for me.

The reality of living in Portland came to me in the moment I crossed the first bridge into the city, like a bride over a threshold. I teared up as I soared up over a sparkling downtown, then down into the inviting embrace of the city. After such a long phase of being in limbo, I was ready for love.

Marquam Bridge, my entry into my new life. 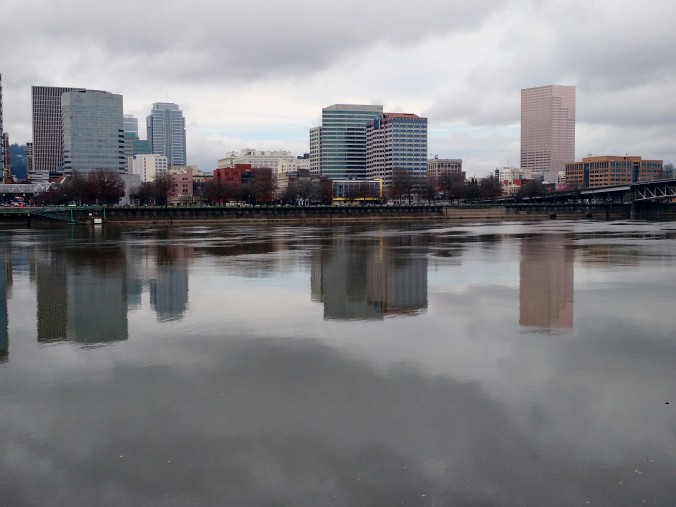 I descended into the city, with a view of downtown Portland, my new home.

4 thoughts on “Falling for Portland”

What Am I Rooting For?